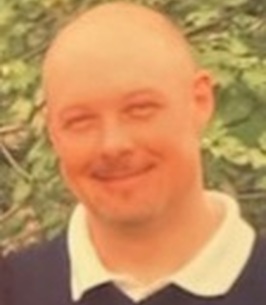 We are saddened of the passing of Michael Dean of Orange, CA.
He was surrounded by loved ones at the time of his passing.

Born in Charleston SC, raised in Lewisville TX. As a child Michael enjoyed playing piano,
riding horses, fishing and hunting with his Grandaddy and his Brother Robert Dean.
He Graduated in 1981 from Lewisville High School and went on to work in Dallas with the music industry.

He loved playing music and began at an early age; music was his passion.
He moved to New York in the 80’s to pursue his music career with his then wife Janice Arciniaga of CA.
It was the time of his life playing gigs in NYC with many known musicians.

In the 90’s Michael moved to California with his family becoming a successful Court Reporter
and a loving father to his daughter Nicolette. Michael continued his music, even composing a beautiful
Symphony he called “The Giraffes” inspired by his favorite animal. His talent was enormous and brilliant.
We will all miss hearing him play his keys.

After his court reporting days Michael became ”Bartender Mikey” which he thoroughly enjoyed.
A great conversationalist, he was knowledgeable in many subjects and topics.
He loved getting to know people. He was witty & clever with a great sense of humor that kept us all laughing.
He also enjoyed golfing, playing darts, Las Vegas and yes, he was a gamer.

Michael will be remembered as a loving Son to his Mother Sandra and a devoted father
to his daughter Nicolette. A thoughtful caring man who was always willing to
help family & friends. He brought us joy, love & laughter which we will carry in our hearts.

Michael is survived by his Mother Sandra Butters, his Stepfather Nat Carr, and his Daughter
Nicolette Dean. Michael was predeceased by his Brother Robert Dean, Father David Dean
His Grandaddy Edwin Butters and his beloved Nana Katie Butters.
Michael’s final resting place will be at Restland Memorial Park in Dallas,TX