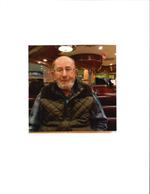 Paul was born in Richese, Poland on August 26, 1924. He was brought to America at the age of 9 months and grew up on a farm in Bethel, Ohio as a loving son and brother. Captain Ninichuck served 20 commendatory years as a Marine Pilot and Instructor, including helicopters. He was an enlisted Korean War Veteran who steadfastly flew with his squadron, “The Flying Peons: #14.” Throughout his military career he was awarded many citations and medals; including the highest Military honor for Valor in Flight, The Distinguished Flying Cross!

Over the years he has bestowed his illustrious service to the Emblem Club, various Church Ministries and participated in the 90+ research study at UCI.