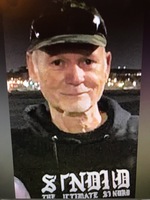 Long time California and Colorado resident, Tom Kelly, passed away on January 10, 2022 in Huntington Beach, California at the age of 58. He spent his younger years in Huntington Beach before meeting his wife of almost 32 years and moving to Eagle County, Colorado, where he worked for 30 + years at Rugg’s Benedict in Avon, Colorado.

Tom was born and raised in Orange County, California and spent most of his time at Huntington and Bolsa Chica beaches, where he loved to hang out and boogie board.

In 1989, Tom met his wife, Wendy on a blind date in Las Vegas and within six months, moved to Colorado where he and Wendy were married on May 19, 1990. They raised their two children, a son Cameron, and a daughter Erika, in Eagle County over the next thirty years. In July of 2020, Tom retired from his job and was drawn back to California, where he and Wendy planned to spend their golden years together, back at the beach that never truly left his heart.

Tom was the kind of guy that would give you the shirt off his back, literally. He was a big family man and enjoyed many family activities, including cooking, bowling, trips to Elitch’s and vacations. He was also a big animal lover and they seemed to gravitate to him as well. He enjoyed metal detecting, frisbee golf, the vapor caves, and bonfires on the beach at sunset. He was known by many, understood by few.

Tom is survived by his wife Wendy Baruth Kelly, his son Cameron, and his daughter Erika. He is also survived by his siblings Karen, Lori, Darren, Steven, and Patti, their spouses, and numerous nieces and nephews, along with his Colorado and Baruth families. He will be missed and remembered by all.

In lieu of flowers, we are asking you to donate to help the animals. https://lovealwayssanctuary.org/donate/ https://www.dashdog.org/

A memorial service will be scheduled for a later date.